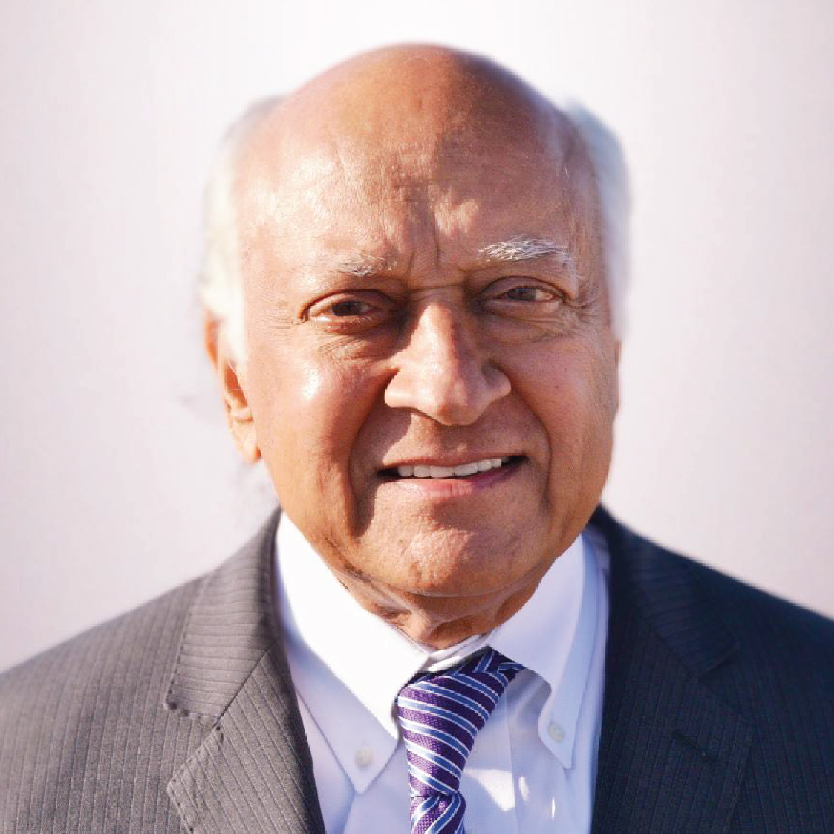 After graduating from Banaras Engineering College (BENCO) in 1967, now called IIT (BHU), with a BS in Mechanical Engineering, Naresh traveled to the United States to further his education. In 1969, he was accepted into Cornell University’s prestigious Master’s program with tuition aid from the National Aeronautics and Space Administration (NASA). Naresh worked on and programmed the sensor arms for NASA’s Moon Rover in 1969 to procure funds for his education. Naresh began working in Rochester, New York as an engineer in the garment industry. By 1977, he was the VP of Hart Schaffner Marx; a Chicago-based, high-end garment manufacturing company. By 1982, Naresh was promoted to the Executive Vice President (EVP) of the Fortune 500 company. From 1982 through 1997 he was the EVP of Pincus Brothers, Inc. and Seitchik & Sons, Inc., both couture garment manufacturing companies. Until Naresh’s presence, all of these companies were performing poorly in the marketplace. He was able to turn these companies around into thriving, lucrative entities. He also performed many consulting jobs aiding other failing businesses. In 1999, he created Diamond Express Car Wash, Inc.; a group of car washes which is still in operation today. Naresh has always been a prolific philanthropist, especially amongst the underprivileged. In 2011, he founded the Naresh C. Jain Scholarship fund, which sends 24 students a year to IIT, tuition-free. In 2014, he was honored with the IIT (BHU) Global Alumni Association’s Distinguished Alumnus Award. In 2017, Naresh received the Distinguished Alumnus Award from the Mechanical Engineering Dept. of IIT(BHU). In 2019, he received both the “Alumni Lifetime Achievement Award” from IIT (Delhi) and the “Distinguished Alumnus Dedicated to Alma mater Award”, which was presented at the IIT (BHU)’s Centenary Celebrations in Varanasi, India. A new college at the institution has also been named “The Naresh C. Jain School of Decision Science and Engineering” due to his significant financial contribution. Recently, Naresh, along with a few other dedicated Alumni formed the IIT (BHU) Foundation with the hopes of raising funds to improve and enrich the institution. Naresh strongly believes that it is a moral obligation of each of us to help our alma mater and our country of birth, India, which is still a poor country.