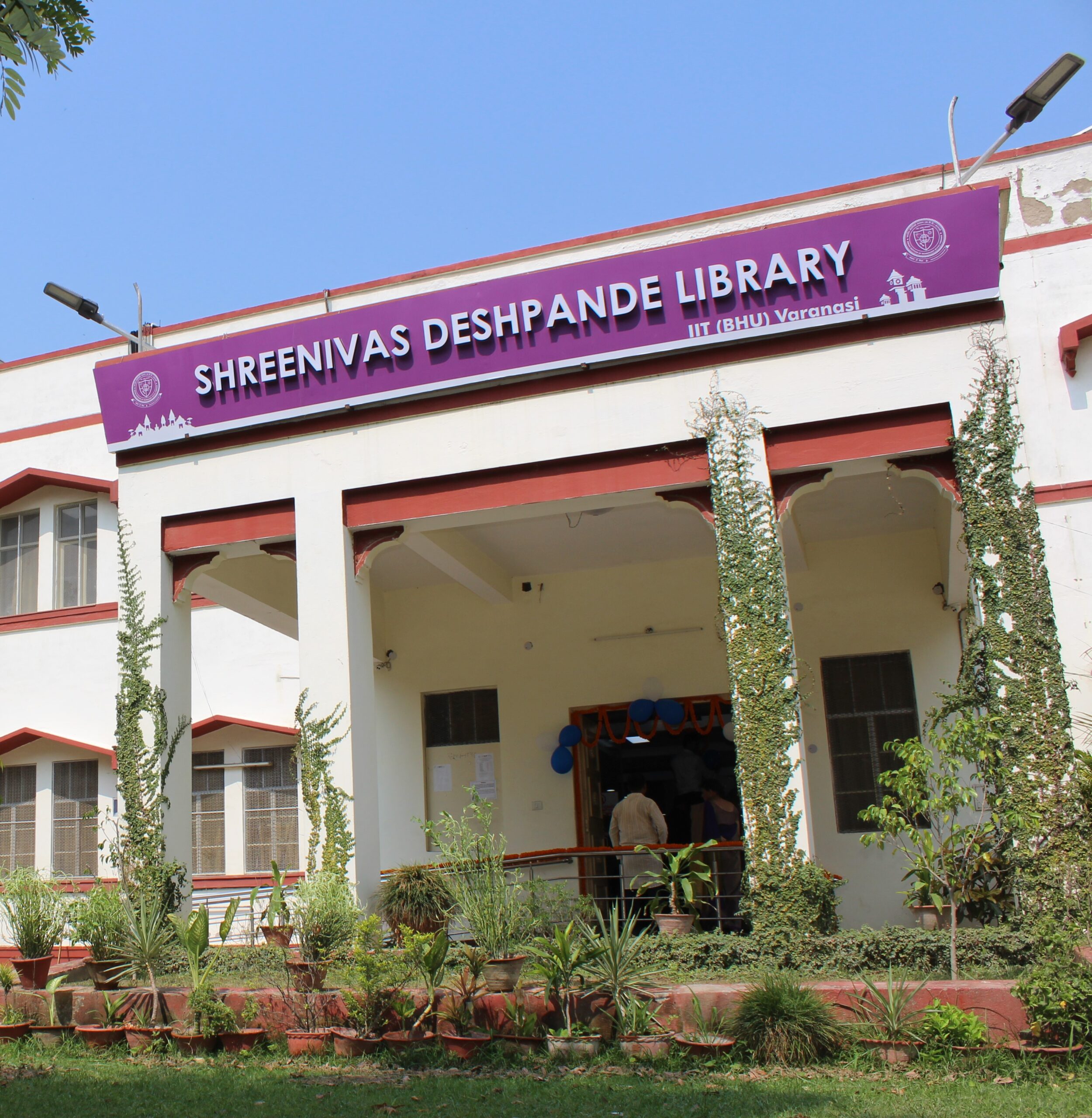 The IIT (BHU), Varanasi Main Library naming ceremony was held on June 24, 2022 at IIT (BHU), Varanasi in honor of Shri. Shreenivas Deshpande, a 1948 alumn with a B.Tech in Industrial Chemistry. This was made possible through a generous gift of USD 1 Million (INR 7.5 Crores) to the IIT (BHU) Foundation by Boston-based renowned entrepreneur and philanthropists Shri. Desh Deshpande and his wife Smt. Jaishree Deshpande, respectively the son and daughter-in-law of Shri. Shreenivas Deshpande.

‍It’s been more than 74 years since his graduation, but Shri. Deshpande still remembers his alma mater and adores the beautiful time he had in this grand institute. Shri. Desh Deshpande, and his daughter-in-law, Smt. Jaishree Deshpande made the contribution in the hope that the present and future students of this institute will follow in Shri. Deshpande’s footsteps and make valuable contributions to society. In recognition of this noble contribution, the Institute has named the library as the “SHREENIVAS DESHPANDE LIBRARY” in his honor.

‍The naming ceremony was held live with several dignitaries present at the Institute including Hon. Director of IIT (BHU) Prof. Pramod Kumar Jain, the Hon. Vice Chancellor of Banaras Hindu University Prof. Sudhir Jain, Prof. Rajeev Srivastava, Dean (Resource and Alumni), all other Deans, Professor In-charge Library and Deputy Librarian of IIT (BHU). Attending the ceremony via Zoom was the guest of honor Shri. Shreenivas Deshpande and several of his family members including his son Shri. Desh Deshpande and his daughter in law Smt. Jaishree Deshpande. The attendees were treated to a virtual tour of the library. In his remarks Shri. Shreenivas Deshpande recalled his time at the Institute at a time in history when India gained Independence from the British. In their remarks, Shri. and Smt. Deshpande appreciated the efforts by the Institute and the IIT (BHU) Foundation to engage alumni around the world and the need to create endowments to support the mission of the Institute. The attendees also heard from dignitaries including Shri. Narayan Murthy (the founder of Infosys), Smt. Sudha Murthy, Shri. Jay Chaudhary (Founder/ Chairman of Zscaler and a distinguished alumnus) and Hon. Vice Chancellor of Banaras Hindu University Prof. Sudhir Jain as they honored Shri. Shreenivas Deshpande.

‍IIT (BHU) Foundation President, Shri. Arun Tripathi, and Foundation’s board member Shri. Ramesh Srinivasan (President/CEO of Agilysys) speaking for the Foundation thanked the Deshpande family for their generous support of the Institute.

‍Shri. Aishwary Saxena, a student of  B.Tech. Final Year of  Mining Engineering Department and Convener of Student Alumni Interaction Cell (SAIC) expressed his thanks on behalf of the IIT (BHU) student community.

‍Prof. Rajeev Srivastava, Dean (Resource and Alumni Affairs), IIT (BHU), Varanasi coordinated the event from the Institute and closed out the ceremony by expressing his formal gratitude and vote of thanks to Shri. Shreenivas Deshpande, Shri. and Smt. Jaishree Deshpande, to the dignitaries in attendance, and to the IIT (BHU) Foundation for gracing the occasion and for their continued support of the mission of IIT (BHU).

‍The event was streamed live on Facebook and a recording of the event is available for viewing.